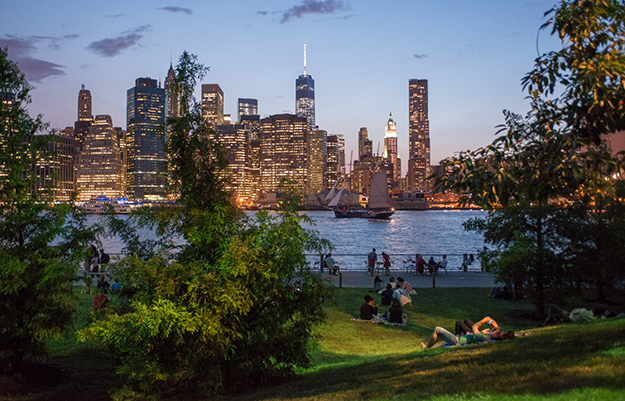 People living in dense cities are among the least happy. Their rates of depression are 40 percent higher than other populations; and their rates of anxiety are 20 percent higher. Why? Because the built environment is directly linked with happiness and well-being, and too often urban environments fail to put people at ease.

In a session at the American Planning Association’s virtual conference, Justin Hollander, professor of urban and environmental planning and policy at Tufts University, said planners, landscape architects, and architects have a responsibility to design a built environment that increases well-being. Through his fascinating research on cognitive architecture, he has found “we are deeply influenced by our surroundings” — even more than we know.