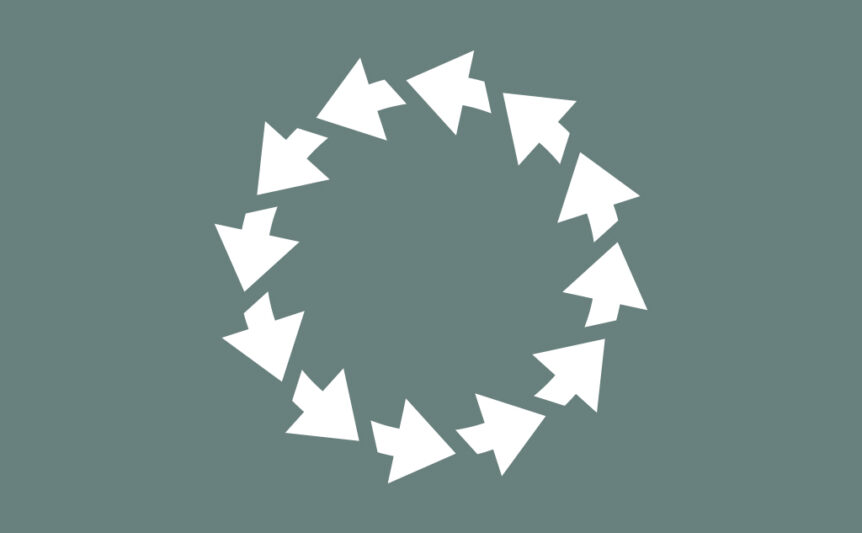 Physiologist Walter Cannon coined the term homeostasis in the 1920s, expanding on previous work by late French physiologist Claude Bernard. In the 1870s, Bernard described how complex organisms must maintain balance in their internal environment, or milieu intérieur, in order to lead a “free and independent life,” (Bernard).1 Cannon honed the concept, and introduced homeostasis to popular audiences through his book, The Wisdom of the Body, stating, “Organisms, composed of material which is characterized by the utmost inconsistency and unsteadiness, have somehow learned the methods of maintaining constancy and keeping steady in the presence of conditions which might reasonably be expected to prove profoundly disturbing.”2

Negative feedback was the first underlying process used to explain how homeostasis works. This was a reactive strategy whereby the perturbation of a regulated variable away from its optimal value was detected and consequently elicited corrective responses that served to return the variable back toward pre-perturbation levels. Cannon maintained that homeostasis is a reaction to an ongoing perturbation, never discussing the possibility that organisms might learn to anticipate regular or likely perturbations and make responses to mitigate or circumvent them altogether. He also acknowledged that his advocation of purposeful coordination of responses to serve an animal’s best interest by defending critical regulated variables rendered homeostasis teleological, but the intuitive appeal of this tenet undoubtedly contributed to the enormous success of his model. However, limitations resulting from this perspective have conspired to foster dissatisfaction with Cannon’s original view of homeostatic regulation. Nonetheless, Canon’s term was widely accepted in the scientific, as well as public domains as the predominant theory for decades.

Since roughly 1980, however, both theoretical and empirical research on physiological regulation have identified situations that appear inconsistent with the basic tenets of homeostasis. These seeming inconsistencies have spawned numerous alternative explanatory models (and a plethora of new terms) in an effort to address apparent gaps in traditional thinking.

By far the most influential of these alternative models has been that of Sterling and Eyer, naming their new paradigm allostasis, a term they defined as achieving “stability through change.”3 More specifically, Sterling and Eyer coined the term allostasis to reflect the process whereby in order to be adaptive, organisms must be able to change the defended levels of one or more regulated parameters as needed to adjust to new or changing environments. For example, in an especially stressful environment an individual might maintain, and defend, an elevated level of blood pressure relative to the level maintained in a less-stressful environment. Sterling and Eyer argued that a strict interpretation of homeostasis disallowed an organism’s defending a different level, as it went against the necessity of constancy of the internal environment maintained by an invariant set point. Sterling and Eyer explicitly incorporated learning and anticipatory responding in their description of allostasis, thus incorporating a second major departure from canonical views of homeostasis.

This evolution of the concept of allostasis is reflected by Peters and McEwen’s description of allostasis as an “active process by which living organisms adapt to potential threats to their survival and changes in their environment (often referred to as ‘stressors’) in order to maintain homeostasis and promote survival.”4 There is no indication that homeostatic principles were originally developed to address the effect of complex psychosocial stressors on physiological processes relevant to health and illness.

In conclusion, regulatory phenomena have been recognized that cannot be accommodated by homeostasis, thereby contributing to the introduction of new and exciting paradigms in this field of science. The argument can be made that certain aspects of modern society present situations that never existed historically in an evolutionary sense, and for which homeostatic systems are not equipped to handle. Hence, allostasis seems poised to make the first serious challenge to the nearly century-long dominance of homeostasis.5